A digital approach to the
monastery of San Julián de Samos

This project is devoted to study the historical monastic site of San Julián de Samos in the northwest of Spain. By using digital technologies, it aims to enhance the understanding of its spatial architectural evolution and the urban and rural transformation of the immediate territory, the extensive monastic precinct and the nearby village called Samos.

San Julián de Samos is one of the largest religious buildings in Galicia and it is also one of the oldest Spanish monasteries. Many scholars have contributed in its knowledge within traditional art historical practice. But, what do we lack in this existing research? On the one hand, we lack the study of the architectural changes in a graphic way to achieve a further and in-depth understanding of them. On the other hand, it is still missing the investigation of the site as a sum of parts, rather than as an isolated artifact. That is, the consideration of monastic site versus the monastery.

What do we propose?

We propose to operate outside the traditional art historical practice, to broaden the horizons of the historiography on this Galician monastery, and to breach disciplinary boundaries. In other words, we aim to explain in a graphic way how the monastic site was conceived and changed over time; as well as what different monastic sites or layers we can re-create between the "empty" place and the current physical realm. To answer questions of creation and change over time with digital technologies leds us to reconsideration of how the site was understood and experienced in the past and today.

In order to achieve these purposes the research is based on: previous studies (printed books, articles, book chapters...); primary sources (archival documents, cartography, historical photographs…), and an on-site investigation (remains, measurements, materials, testimonies…). Then, we analyze data from which we can generate 2D maps and three-dimensional models that address and visualize questions of change and transformation over time.

The web site of the project was launched in 2019, as an open-ended platform. The main goal is to make the aims, approaches, results and in-process research at San Julián de Samos available to a bilingual audience comprised of scholars and interested members of the public. The huge amount of data gathered and the 2D and 3D visualizations we generated from them make the web presence the best option to present the project in its entirety.

Before this web site was launched, some parts of the project have already been presented as papers at different international congresses. Besides, we have published some articles in a number of journals and books on the topics of monastic architecture and sacred landscape evolution over the course of centuries. However, to date, a print publication of the entire project has not been made, because of its high costs and lack of funds to this specific purpose. For the very first time, this web site enables us to show the whole project to anyone who is interested in a new approach to this monastic site.

Moreover, the web presence offers the possibility to create a dynamic, interactive platform where we can show together disparate historical and contemporary data along with the visual analysis of the spatial architectural evolution and the urban and rural transformation along time.


Estefanía López Salas is a professor in the Department of Architectural Design, Urbanism and Composition at the Universidade da Coruña. She is an architect (2009) and she received her PhD in Architecture and Restoration from the Universidade da Coruña with distinction (2015), as well as a MA in Architectural Restoration from the same university (2010). Her PhD dissertation title was “The monastery of San Julián de Samos (Lugo), a study and interpretation of the monastic space and its evolution”. She was granted a Pre-doctoral Fellowship from the Universidade da Coruña (March 2011 - December 2012), and a Pre-doctoral Fellowship of the Research, Innovation and Development Galician Plan 2011-2015 - IC2 Plan, financed jointly with Social European Fund (FSE-FEDER), (December 2012 - August 2015). She has presented conference papers in national and international congresses in Spain, Portugal, United Kingdom, Poland, Croatia, USA, France and Italy. Her research work has been published in a number of journals and books on the topics of monastic architecture and sacred landscape evolution over the course of centuries.


Location of the monastery in Samos (Galicia, Spain) 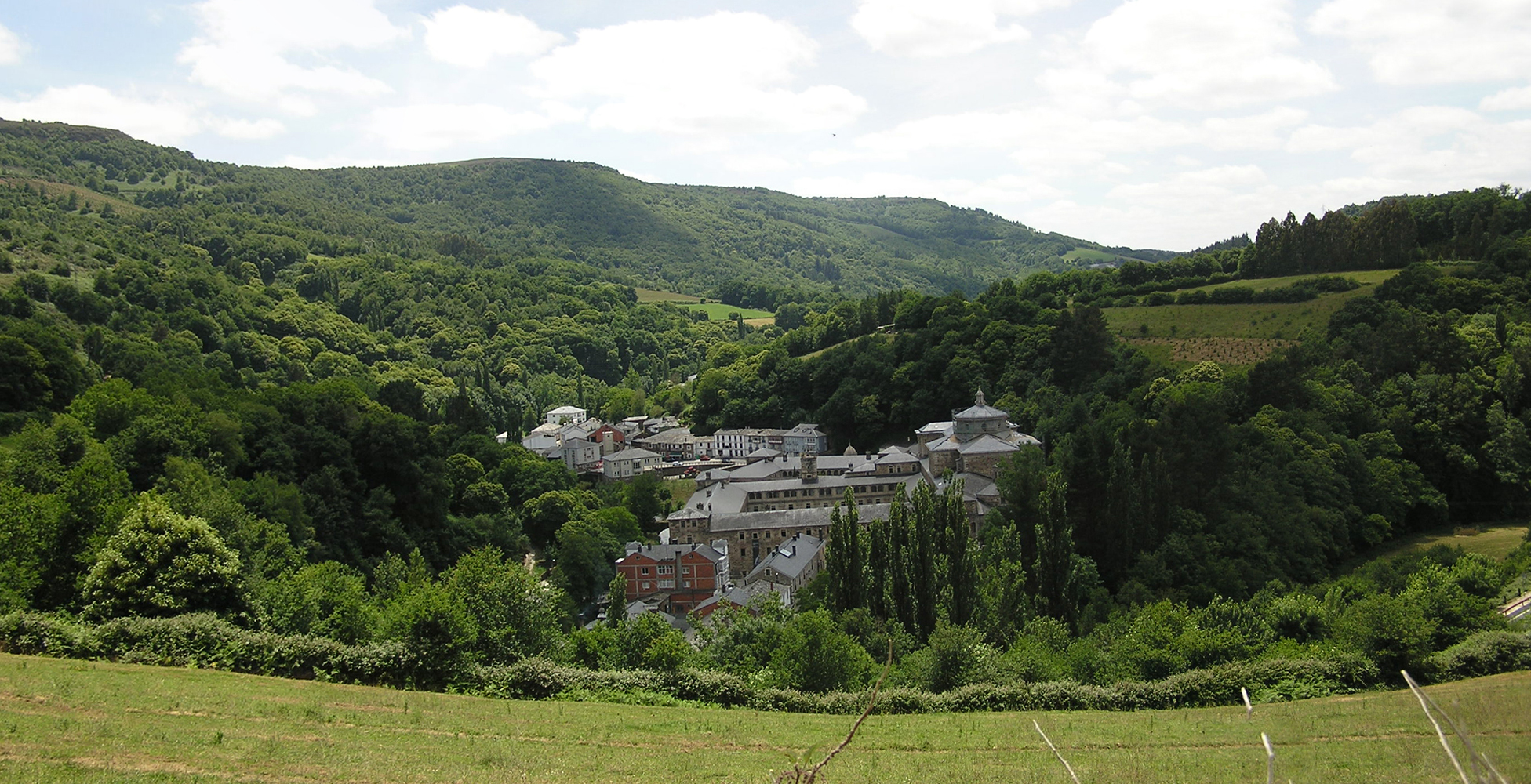 View of the monastery from the village (2012) 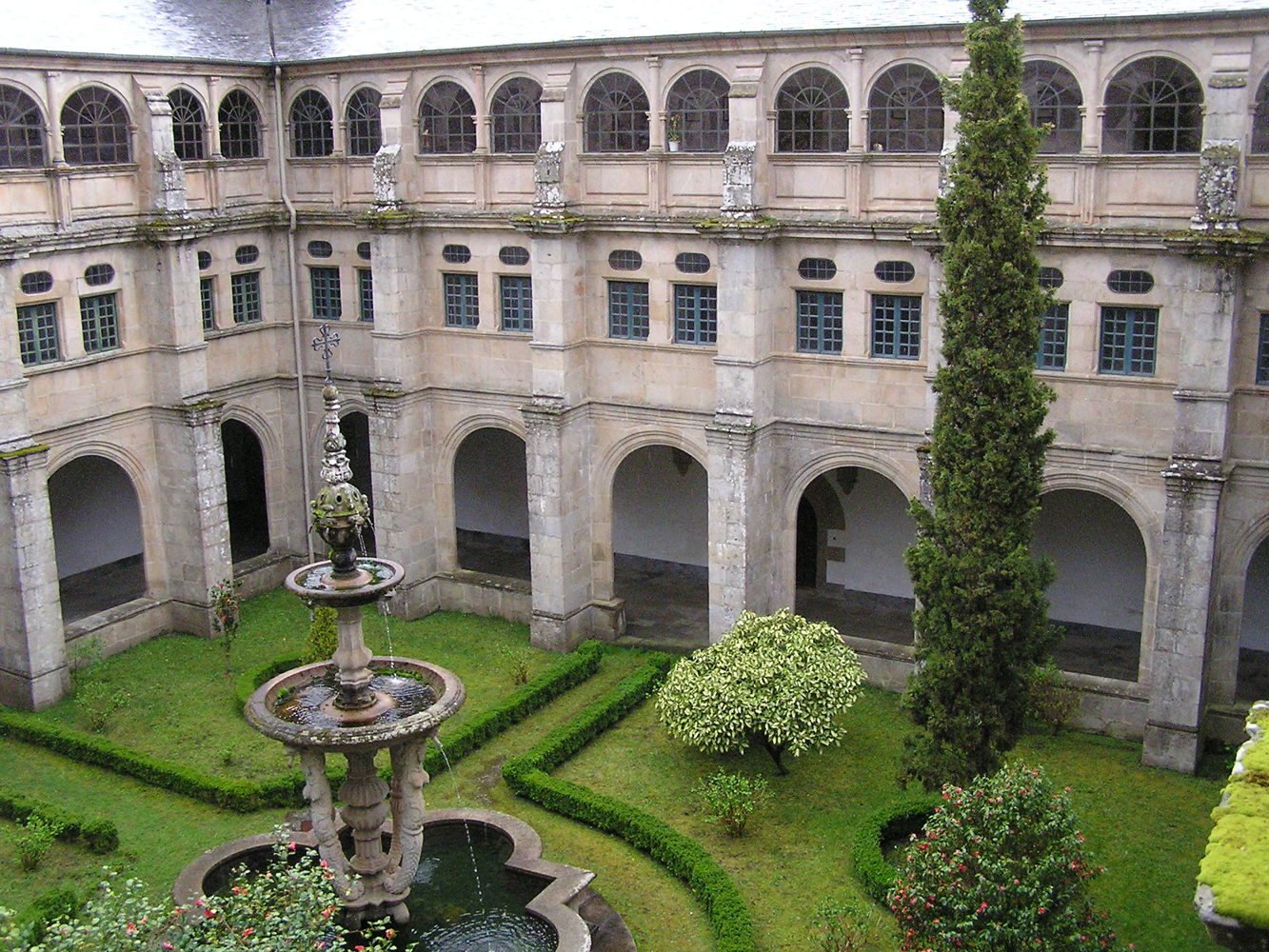 Big Cloister or Cloister of the Brother Feijoo (2011)